Got a blunt electric knife, and you’re thinking of chucking it out?

Well don’t, I’ve got you covered.

In this article, you’ll learn about:

What is an Electric Knife?

An electric knife has a serrated blade that is powered by an electric motor. The added power means that it requires less strength than a normal blade.

But, you’ll also quickly notice that you have less control with an electric knife. That’s alright most of the time, since you’ll save energy using one, but they aren’t suitable for every task.

The motor also masks some of the symptoms of a dull knife, so you might not notice right away. The good news is that your electric knife can be sharpened, just like other knives.

A good sharpening will restore your electric knife to maximum efficiency, so I’ve outlined a few simple steps to help you restore this helpful appliance.

How do you Sharpen Electric Knife Blades?

Electric knife blades can be sharpened in a variety of ways. You can either take it to a professional knife sharpener and pay to have it sharpened, or, you can get the knife back to its original brilliance at home.

Two great methods to restore your knife at home include using an electric knife sharpener or an electric sharpening rod.

I’ll talk about both methods so you can choose which option is best for you and your kitchen.

How to Sharpen your Knife with an Electric Knife Sharpener?

There are different electric knife sharpeners for different kinds of blades. It is important to find the perfect one to suit your blade type.

Always look at reviews before you buy a new knife sharpener. You should also check what kind of blades your new sharpener can handle, since most electric knives come with multiple blade options.

A sharpener that’s designed for a non-serrated chef blade might not do as well with a heavily serrated carving knife, or even the milder serration of a bread knife.

Before you begin, unplug your knife from any power source switch. If you have a battery-powered electric knife, remove the batteries. While common sense, you’d be surprised how often there are accidents when this step is forgotten.

Remove the blade from the knife. Examine carefully to make sure the blade is still in reasonable condition — no cracks, and only modest curving if any. Even with a good sharpener, you’ll still need to replace electric knife blades from time to time.

Step 3: Start With The Coarsest Grindstone

With the sharp side of your electric blade facing the hollow side of the sharpener, carefully insert the blade as deep as possible into the slot provided by the sharpener. Only use the coarsest grindstone setting if your blade is very dull or has slight nicks. This stone takes off more material, shortening the overall life of the blade slightly every time you use it. A finer grindstone can restore sharpness without taking off as much material. Ensure the knife blade successfully comes in contact with the grindstone. You should be able to feel contact, and you want to maintain consistent pressure once you’ve reached the grindstone.

Starting from the blade’s heel till you get to the tip, slowly start sliding the blade tool with gentle pressure. It is recommended this is done at an angle between 15 to 20 degrees. You’ll need to do this 2-3 times for the best results.

Pass the blade onto the finer grinding stones and repeat the process I’ve outlined.

Finer grind stones (Most good electric sharpeners will have 2-3 grinding stones, and occasionally more) refine the edge for a sharper finish. They also help your edge last longer so you don’t have to sharpen the blade as often.

Read More >> How to Fillet a Catfish with an Electric Knife

Carefully clean the knife with a damp cloth or sponge before you reassemble the knife. Check to make sure there is no loose metal or dust still on the knife, and then reattach the blade to the handle.

If you removed the batteries in step 1, go ahead and replace them now.

This video demonstrates good technique with an electric knife sharpener.

How to Sharpen your Knife with a Sharpening Rod

A knife sharpening rod is a good alternative to an electric knife sharpener if you’re looking for a little more control or just don’t want another appliance taking up valuable counter space.

This method is a bit more complicated than using an electric knife sharpener, but it is still fairly straightforward. You also have a lot more control over the results, and won’t remove as much metal during the sharpening process with this tool.

Steps on How to Sharpen a Knife using a Sharpening Rod

Unplug the battery on your electric knife, or make sure the cord is unplugged. This can seem like a silly step to include, but it’s really important to make sure you don’t accidentally hurt yourself or damage the knife or sharpening rod.

At the same time, make sure you have the sharpening rod handy.

Carefully slide the blade down the rod on one side. It’s important to keep a consistent angle and pressure the whole time. The whole blade should cross the honing rod. Make sure you don’t leave any point untouched. Professionals will do this with the honing rod and knife mostly vertical, but you may find it easier to use a horizontal position, or to move the rod instead of the knife. That works, but is slightly less effective. Repeat several times on either side.

Serrated blades, which are very common, need a slightly different technique on your honing rod. You’ll want to carefully match the motion of the blade to the serrations, while maintaining consistent pressure and the same angle. It is possible to sharpen a serrated blade this way, but it’s more difficult and takes longer.

Give yourself a little extra time to make sure you’re providing consistent pressure and making contact with all parts of the serration.

Don’t be surprised if you need a little practice before you get this right. Fortunately, you can usually fix a bad sharpening job with the same tools and techniques.

Step 5: Clean Off the Blade

Finally, clean the blade with water and a damp cloth or sponge. Make sure there is no metal debris or dust on the blade, you don’t want specs of metal to wind up in your food.

Your blade should now be sharp and effective, but you may want to test it. Never run your thumb along a blade to test its sharpness. Instead, slice a fruit, vegetable, or crusty bread with your electric knife. Even though it’s not the same as carving a roast, testing your knife will give you a better sense on how sharp it really is. Plan on testing the first few times you sharpen with a new tool, but you may not need to as you get more experience.

Want to see a sharpening rod in action first? This video shows how effective sharpening rods can be. Or this video for a demonstration of honing a serrated knife.

Precautions to take while Sharpening an Electric Knife Blade

Electric knives are very fancy and versatile kitchen tools that help perform several functions. whether you’re carving up a holiday ham or turkey, or just cutting a nice slice of French bread.

However, like any knife, they get blunt over time and need to be sharpened to retain their cutting edge. Ideally, you should make sharpening your knives (not just the electric knife) a part of your regular kitchen routine.

With the tools and process I’ve outlined above, you should be ready to meet the challenge of even the dullest electric knife blade. Now, get slicing! 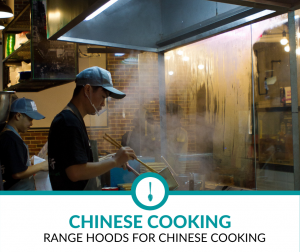 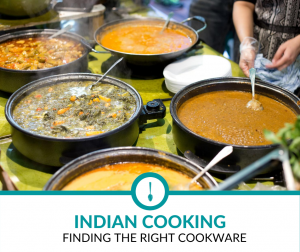 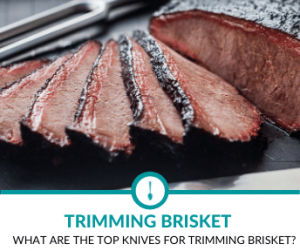