How to Make Ginger Juice with a Blender (5 Step Guide)

Ginger may be a familiar holiday spice, adding flavor to some of your favorite desserts, or you might be more familiar with ginger as a seasoning for fried rice and stir fry.

Either way, this delicious spice has made its way to kitchen cupboards everywhere.

But, relatively few people know that ginger can be incredibly beneficial, as well as delicious, eaten in other ways.Ginger teas are soothing and calming, and pickled ginger is a fantastic garnish for your favorite sushi or a bowl of spiced noodles.

Today, I want to focus on a different way to enjoy the taste and nutritional benefits of ginger– in juice form.

The good news is that you can make ginger juice with a blender, you don’t need a specialty juicer. Once made, you can drink it neat, add it to other beverages for some extra flavor, or even use it in cooking to add flavor to soups and dressings, or seasoning in a marinade.

In this guide, you’ll learn about:

What Are The Benefits of Homemade Ginger Juice

Ginger juice has a very strong flavor, so not many people drink it by itself. But, it comes with a host of nutritional benefits that make it a fantastic additive. You can even drink it slightly diluted and sweetened for a more potent mix.

However you eat ginger, it has digestive benefits. In small amounts ginger can help to settle an upset stomach. Larger amounts of ginger have anti-inflammatory benefits which can help digestion and a range of other problems, including arthritis pains!

There is even some investigation into ginger as a cancer fighting food, though the evidence isn’t as good as the evidence for digestive and anti-inflammatory benefits.

Drinking ginger juice, as opposed to adding more ginger to your diet, helps you get a more concentrated dose. Since you have more control over how to drink it, and can add other flavors, it’s a great way to add some variety to your diet, or to encourage your kids to enjoy the juice.

Since it’s a mild pain-reliever, similar to NSAIDS, drinking ginger juice gives you a lot of control over when you take it. Juice also offers faster absorption, for faster relief.

Read More >> How to Make Celery Juice in a Blender?

What You Need To Know About Ginger Juice

For all it’s benefits, there are some things you should know before you decide to give ginger juice a try. The main thing is that drinking too much ginger juice can upset your stomach and cause heartburn, even though more moderate amounts can help with both.

Ginger is also relatively spicey, so you should start with a small amount if you have a low spice tolerance. Adding honey or sugar will help reduce the spiciness.

You’ll also need a relatively large amount of ginger to make juice with. Making ginger juice in a blender requires adding some water, so you’ll get more that way. But an inch of ginger only has a teaspoon or two of pure juice in it, maybe as much as a tablespoon if it’s especially fresh.

Fortunately, the fresh roots keep relatively well in the refrigerator, so you can buy more than you need and make a small amount of ginger juice as you need it.

Read More >> What are the Top Blenders for Shakeology?

Supplies You’ll Need To Make Ginger Juice With a Blender

There isn’t much you’ll need for making ginger in a blender. The main thing is that you do need a relatively good blender to get the job done. Ginger is a fibrous tuber, so only a relatively powerful blender will be able to process it into juice.

In addition to the blender you’ll need:

Making ginger juice doesn’t take much time in general. It does need a little counter space, but only a little. So, don’t feel like this is a treat you can’t enjoy unless you have a huge kitchen and a lot of time, as ginger juice can be made by just about anyone with a blender.

What Are The Different Ways to Make Ginger Juice

Of course, a blender isn’t the only way to make ginger juice. You can also use a specialized juicer. The main advantage of a juicer is that you don’t have to add any water to the juice, so you get less per root, but it’s more concentrated.

But, a juicer takes up a lot of extra storage space, so it’s not for everyone.

The other advantage of a juicer is that you can mix the ginger juice with other fruit and vegetable juices just by passing them through the juicer at the same time.

Another alternative is a fine grater and cheesecloth. Microbladed graters are the best option, since they create the smallest possible pieces, more like a paste than shredded ginger. You’ll catch the grated bits in the cheesecloth, and squeeze the paste tightly to get the juice.

Using a blender is faster than using a grater, even though you’ll still need the cheesecloth to filter it. Both methods will give you about as much pure ginger juice, but you’ll lose less of it to the cheesecloth if you use the blender method since it’s watered down. The juice will pass through the cheesecloth without absorbing as much.

Read More >> How to Make Orange Juice in a Blender?

How To Make Ginger Juice With a Blender (5 Steps)

Check out this short video to see what the process looks like. But I’ll also explain each step so that you have an effective guide, no matter which option works best for you.

The first step is to peel your ginger since the tough outer peel is more bitter and little bits of it can slip through the cheesecloth or seive more easily than the rest of the root.

You’ll want to use the paring knife to cut the ginger into smallish pieces, without any branches. Small straight sections are much easier to peel. Then, using the vegetable peeler, remove all or most of the outer layer.

The next step is to cut the ginger into even smaller pieces. You want each piece to be no larger than a square inch for a powerful blender. If you have a smaller blender, or a less powerful one, try slicing it a quarter to half an inch thick.

Cutting the ginger into smaller pieces helps the whole process go faster, and reduces the chance that you’ll overburden the blender.

Start around a cup to a cup and half. Remember, you can dilute the ginger juice more if you need to, but it’s much harder to make it stronger.

Pulse on medium speed until you no longer see large chunks of ginger. It should look like a thin paste. How long that takes depends quite a bit on the blender and how much ginger you start with.

This is where you’ll need a bowl or glass, and cheesecloth or a sieve. Cheesecloth, folded so you have 2-3 layers of fabric, will give you a more thoroughly strained juice. Using the sieve alone will give you a juice with little bits of pulp still in it, kind of like an orange juice with pulp.

Which kind you prefer is up to you. Even if you’re using the cheesecloth you may want a sieve, because it can make the whole process easier to control.

Place cheesecloth or sieve over your chosen container. I prefer a bowl since I don’t have to be as careful as I strain the juice.

Pour the juice slowly from the blender through the cheesecloth/sieve, making sure you never overflow them. You may have to pause a few times to let the liquid trickle through.

Once you’ve poured all the liquid through, with a sieve you should pour it through again to catch a little more of the pulp in the wire mesh. With cheesecloth, fold the cloth and gently squeeze until you aren’t getting much juice anymore.

Now that you have the ginger juice you can drink it straight out, mix it with another beverage or into a smoothie, or put it away to store for a couple of days. Chances are, if you’re anything like me, you’ll do some combination.

For storing ginger juice, look for a mostly air-tight container like a mason jar or old juice bottle. A pitcher will work, but the juice might not last as long.

Alternatively, freeze it for longer storage and thaw as needed. Freezing is a good option if you’d prefer to only make ginger juice once every couple weeks, or even only once a month.

My Final Thoughts on Making Ginger Juice With a Blender

Ginger juice with lemon and honey is an old favorite, and the perfect drink for winding down at night, soothing a sore throat, or fighting a cold. But, however you use your ginger juice, I hope this guide was helpful!

If you’re making a large quantity of ginger juice all at once, make sure you make it in batches and give your blender some time to cool. If the blender gets too warm it can heat the juice, changing the flavor. I notice that the juice is more bitter if I let my blender get too warm.

Feel free to experiment with more or less water, or more or less ginger until you find a blend that works well for you. And don’t be surprised if you notice some variation in taste between different batches. Ginger can vary quite a bit, so some will be sweeter than others, and some spicier. 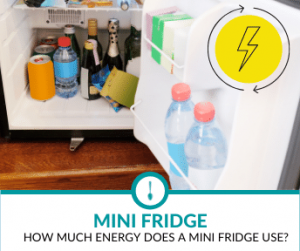 How Much Energy Does a Mini Fridge Use? 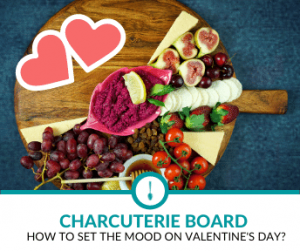 How To Set The Mood With A Valentine’s Charcuterie Board? 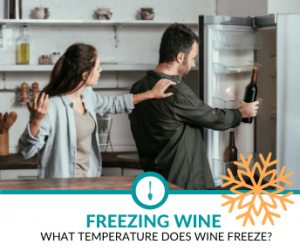 What Temperature Does Wine Freeze?